I put a Raspberry Pi Zero W inside a PS2 Slim 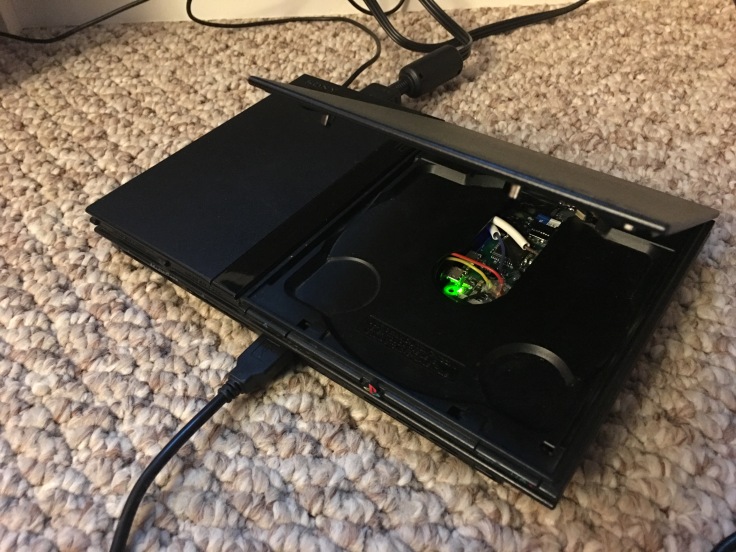 In June 2017 I decided to revive a non-working Sony Playstation 2 into a “Frankenstein” Playstation containing a Raspberry Pi Zero W micro-computer. This modified PS2 runs the classic console systems (NES, SNES, Sega Master System, Sega Genesis, etc.) with RetroPie software. I’ve tried to keep as much of the PS2 hardware as possible. Features include:

On Reddit, my post about this design reached the top of the Raspberry Pi sub-reddit for the duration of the weekend in which it was posted (see link above).