This is the classic kids’ Go Fish card game, where you play against a set of funny computer opponents. It is an easy-to-learn game with help tips provided throughout.  It was actually based on the Go Fish homebrew app I released for the Playstation Portable (PSP) back in 2007 on custom firmware. I released the iOS/Android version with my graphic designer friend Waseem Bashar in April 2016. 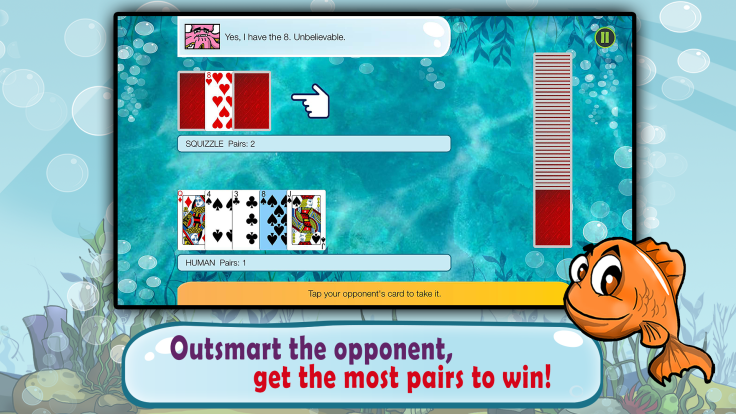